I arrived in Bali during the late afternoon, and after going through immigration and customs, and after getting my bags, I walked out to see a big poster with my name on it, and a stick figure wearing a cap and holding a boom box. 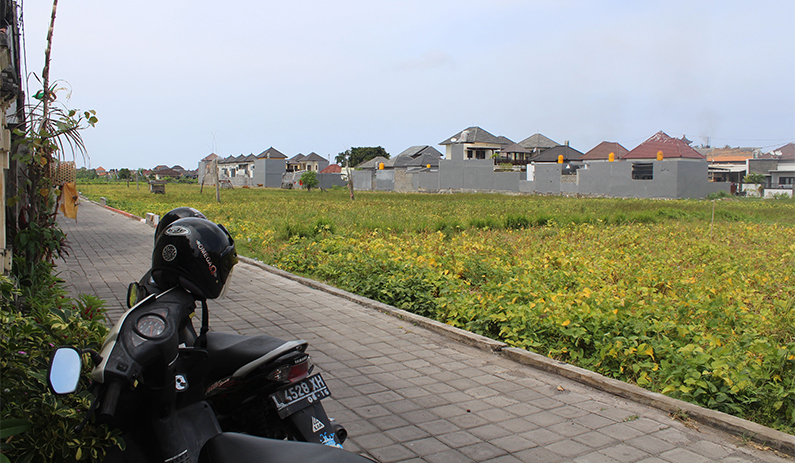 Underneath the poster, there was Sebastian. Phew! Alright, so I’m with the people I need to be with, and immediately my mind starts racing to the fact that, I’m here, and I need to get ready for my volunteer work. To be honest I felt like I was underprepared, so that’s all I was thinking about. But as I was looking around, the first thing that struck me was the traffic. The traffic! I’m in a car with fellow volunteer Liis and driver Cacang, and I would like to see the geography around me, but all I can see is a plethora of cars and scooters packed into the road like a can of sardines.

As we start getting closer to our house, Liis points out certain landmarks and tells me that it is important that I remember them so that I can make my way around the city. Part of me was trying desperately to commit them to memory, and the other part was just looking around idly. We get to the house, walk through the doors, and I’m bombarded with greetings and offers to help carry my belongings inside. The vibes were great; I could tell I was going to enjoy being in this house.

After quickly unpacking my bags, a few of the volunteers expressed interest in retrieving dinner, and they asked me to join. This is the point when I consciously told myself, “This is the time when you start saying yes a lot.” So I did, and I hopped on the back of a scooter. As we were driving, I noticed the rice fields, the small shops, the gasoline for sale in vodka bottles, the consistent honking of horns, and I think that’s when it really hit me that life works differently here. Everything looked unfamiliar too. But, between me and the other volunteers, conversation was easy, and I think they all understood what it is like to first arrive in Bali.

For dinner, I had Cap Cay, which is a sort of vegetable stew with rice. We took it to go, so the stew was kept in a plastic bag, and the rice in a paper bag. We got back to the house, I unloaded all of it onto one plate, and since locals and people who had been here for months surrounded me, I wanted to make a good impression and eat all of it. The taste was rather bland, but I ate it all while everyone else took part in a meeting. I sat there in silence, but I made efforts to look like I new what was going on, I wanted to feel like I was already part of the organization.

After a couple hours though, my body was commanding me to go upstairs and throw myself in bed. I did, and it was great. I was surprised at how big my bed was. I curled up and I enjoyed it, because I knew that the next morning I would have to get things rolling right away.