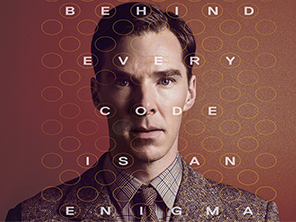 Films to Watch to Understand the World of Tech

Humans have been developing technologies to make life easier and more enjoyable for generations. Our ingenuity has progressed at a faster rate than ever before because of technological advancements. As it shapes the world around us, technology refuses to stand still.

You’d be hard-pressed to find someone who hasn’t considered the endless possibilities of technology –  both the positive and negative aspects.

Films from the early twentieth century provided the groundwork for a slew of future, tech-fueled societies. While many IT specialists dismiss some of the interpretations, others appear to be true depictions of what humanity might expect as it progresses. With the Academy Awards just around the corner, we thought we’d look at some recent films with a strong tech theme. We’ll be concentrating on releases from the last two decades.

END_OF_DOCUMENT_TOKEN_TO_BE_REPLACED

Intergenerational Talk: The power of communication and a smile.

One of the projects of Act Global is Community: Seniors Involved – International” (CSII), which aims to create a special program in which youth workers would include seniors in their work with youth (or youth would join the activities in the seniors’ centers). This way, the youth would get a chance to learn from, foster empathy towards, and deepen their understanding of the older generations. The elderly, on the other hand, would be able to spend their time more purposefully and learn from the younger generation.

END_OF_DOCUMENT_TOKEN_TO_BE_REPLACED

Online Classes: Lets Talk About Anxiety during The Covid-19 Pandemic

No one is ready for this long Covid-19 pandemic situation. Nobody is preparing for this uncomfortable condition we have been through. Yet, it has been almost two years since we are living with this covid-19. The covid-19 pandemic is affecting us in so many ways. Some people lost their jobs, some lost their minds, and tragically, some people even lost their loved ones. Pandemic must have been a rough time. And it seems reasonable for people to have anxiety. But life must go on, isn’t it? And as time passed by we are only learning to heal ourselves.

END_OF_DOCUMENT_TOKEN_TO_BE_REPLACED 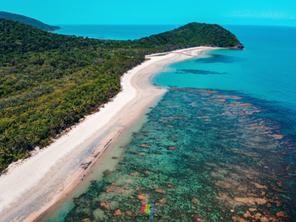 The Fading of Great Barrier Reef: The World’s Largest Living Creature in Danger

Being one of seven natural wonders of the world, The Great Barrier Reef–an ecosystem where thousands of corals and reefs exist and form a broad structure, located in the ocean of Queensland, Australia–has been listed as World Heritage since 1981. Extraordinary as its name implies, the ecosystem that supports thousands of marine life is also remarked as the world’s largest living structure. If you’re curious enough to see it as a whole, the gigantic Great Barrier Reef can even be seen from space! Even so, as climate change issues arise, the world heritage site has been suffering from gradual destruction. But, before anything else, it’d be best if we get to know what’s inside the Great Barrier Reef first.

END_OF_DOCUMENT_TOKEN_TO_BE_REPLACED

Do you realize that we can easily find cafes that serve tea or coffee around us? Wherever and whenever you are, finding a coffee shop or cafe is an accomplished assignment these days. Based on Euromonitor International data, around 2016 the growth of coffee shops increased to 9.1% among restaurant categories in terms of global sales. Another example, we can take a look at the number of Starbucks locations which grew from 8.569 places in 2004 and reached 32.660 places in 2020 based on Starbucks’s data. This phenomenon of coffee shop’s explosion is not an unreasonable event or just an economic phase. It is more than that. We can see something bigger than the economy or material advantage from the coffee shop business. It just turned out to be a sign of culture. So, how does coffee and tea break time become a contributing tool in human life?

END_OF_DOCUMENT_TOKEN_TO_BE_REPLACED

The Arctic Oscillation, Climate Change and its Effect to Precipitation

In the last few months, we have been surprised by the great floods that hit several areas in Europe and Asia. Not infrequently this is all associated with climate change due to global warming that occurs on Earth, which causes extreme weather to occur. This, as reported by the IPCC in the Fourth Assessment Report of the Intergovernmental Panel on Climate Change (IPCC AR-4) in 2007, indicates a precipitation increase in the northern parts of Europe and a decrease in the Mediterranean area for a future warmer climate. The simulation shows about a 10% decline in precipitation across the region by both the middle and at the end of the century (Chenoweth et al., 2011).

END_OF_DOCUMENT_TOKEN_TO_BE_REPLACED

In the end of October, 2 of our team, Tria and Nevy,  went to Tanzania, East Africa to attend Make Art not FGM workshop. This project’s aims are to fight misogyny and the gender discrimination, to promote basic human rights for all females, respect for human dignity, equality and the rule of law. Through our project we aim to train youth workers, and through them educate young people and communities about FGM and its detrimental effects not only to women but to the entire family and society, too.

END_OF_DOCUMENT_TOKEN_TO_BE_REPLACED 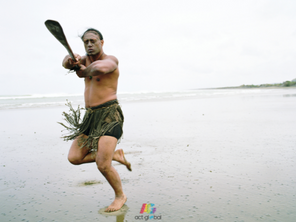 What benefit have you felt from globalization? Indeed, we live in an era where everything is easy for us to like never before. But have you ever questioned if globalization also has a negative impact? Just like everything, of course, it comes with good and bad sides. One of the negative impacts of globalization is the degradation of people and culture. This brings us to the confusion between the authenticity of self-identity. Consequently, there has been false-aimed to recognize general identity by proclaiming a lot of cultural appreciation without being solemn from up to the root of its origin.

END_OF_DOCUMENT_TOKEN_TO_BE_REPLACED 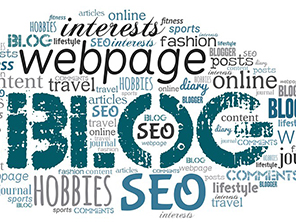 Blog is short for Weblog, this term was first used by Jorn Barger in December 1997. Jorn Barger uses the term Weblog to refer to a group of personal websites that are continuously updated and contain links to other websites they find interesting accompanied by comments.